Roof leaks can be caused by many factors, but not all of these factors can be attributed to a faulty roofing surface. Sometimes, it’s other roof features that cause roof leaks to happen, like a faulty vent boot.

Vent boots act as a rubber stopper that keeps a watertight seal around the vent pipes. If a vent boot deteriorates, the space between the boot and the vent pipe can serve as an entry point for water, which can further seep into other parts of the roofing system and the ceiling.

Although designed to withstand constant abuse, various factors can severely cut down a vent boot’s total lifespan. For example, the changing seasons can cause the rubber seal to turn brittle and crack over time. Hailstorms or sudden impact from branches or other types of debris can also break the boot’s watertight seal.

In some cases, the boot stays intact, but the vent collar right below it starts developing rust spots and weaken over time, this removes the watertight seal provided by the vent boot straight from below. Furthermore, changes in temperature can cause a metal vent pipe to expand or contract more than the rubber boot, causing the seal to come off gradually.

Finding a roof leak caused by a faulty vent boot is easy if you are familiar with the pipe layout in your home’s ceiling; if leak spots appear directly under a vent pipe, it almost always means the vent boot needs resealing or replacement. From outside the home, climbing up on the roof and checking the vent boot up close, can help you figure out if the roof vent is still in good shape.

Depending on the severity of the damage, a vent boot can be fixed by applying a waterproof sealing agent on the part where the boor “wraps” around the vent pipe and around the vent collar. However, a roof vent with fairly large cracks is better off replaced with a new one, since it is now more prone to developing even more cracks over time.

That’s just one of the big three leak starters that you should know. Learn more about major leak starters in Part 2 of Leak Starters: The Three Main Causes of Roof Leaks! 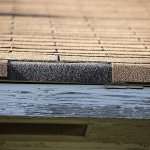 Will My Roof Leak if a Shingle Is Missing? When Shingles Are Blown Off

Learn if your roof will start leaking, what to watch out for afterward and how to repair roof shingles that have... 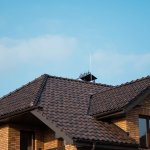 There are many different types of roofs that exist, each with its own benefits and weaknesses. Apart from...