What Are Laminated Shingles? 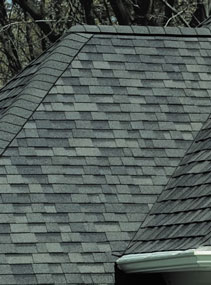 You've just gotten off the phone with another Marietta roofing contractor and he only seemed interested in installing laminated shingles on your roof. He's told you that they are his most popular seller, but does that mean they are the best shingle for your roof? Are laminated shingles really that great, or is it just sales hype?

The difference between laminated and 3-tab shingles is really quite simple. They are both made from the same basic components, but one just uses more of them.

Twenty or so years ago, 3-tab shingles were used almost exclusively to cover residential roofs. Today's 3-tab shingle has not changed much, in terms of basic construction and size. 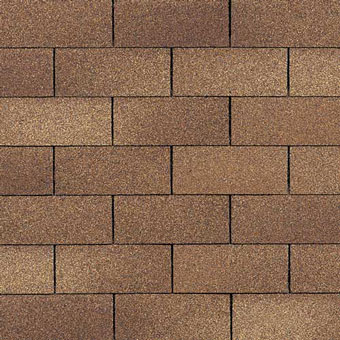 A 1-ft. tall X 3-ft. wide shingle slab is cut with slots at one end to create three tabs, each about 5-in. tall X 12-in. wide. What results is the well-known and widely used "3-tab shingle."

The shingles are overlapped and nailed in place during installation. After a roof is finished the tabs are the only visible part of each shingle. Those unfamiliar with roofing often assume each tab is an individual shingle.

Of course, now you know what every professional Marietta roofing contractor knows. Each visible "shingle" is, in fact, one of the tabs in a 3-tab shingle. 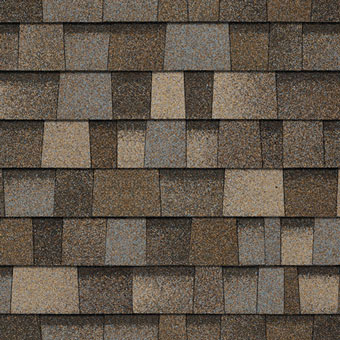 The primary goal of a laminated shingle is to provide a more natural and deeper look than that offered by a conventional 3-tab shingle. That is why laminated shingles are sometimes called architectural shingles.

A laminated shingle creates depth by featuring tabs of varying widths that are separated by large, randomly spaced gaps. The large spaces between the cut tabs highlights the thickness of the tabs, creating a wonderful, visually appealing effect of depth.

Some laminated shingles employ different shades, tones and even contrasting colors to create an even more distinctive, yet natural appearance.

The next questions to ask is, how does the extra material used in a laminated shingle translate into performance?

This is reflected, in general, by longer warranty times and higher wind ratings for laminated shingles.

A side-by-side comparison of 3-tab and laminated shingles is presented below. Note that the warranty information provided is generic in nature and provided for reference, only. You should confirm product specific shingle warranty details with your Marietta roofing contractor before you make any purchasing decisions.

If you need more information before you are ready to choose between 3-tab shingles and laminated shingles, we invite you to contact us today.

Findlay Roofing has been building dependable, beautiful roofs since 1995. We are happy to offer our experience and knowledge to help you select the best shingles for your home and family.

We are also pleased to perform a free roof analysis for all of our neighbors in Marietta, Atlanta and the North Georgia area.

Why Does Your Atlanta Roof Need Underlayment?