What Does a Sagging Roof Indicate? Everything You Need to Know

A sagging roof is a worrying sight for any homeowner. Roofs are supposed to be straight, so when they sag it can point towards several different issues. While it's not something you want to deal with, it's not an uncommon issue, especially among older homes. This is a guide on everything you need to know about the problem, including how to fix a sagging roof.

What is a sagging roof?

When a roof has a curved or wavy appearance as opposed to a straight one it often points towards a sagging problem. Sagging is a common roofing problem that appears in homes with roofs that haven't been replaced in a long time due to a deteriorated structure. They are also a common problem in older homes due to the way roofs used to be designed.

In terms of how much roof sag is acceptable, just about any sagging is bad. A roof should only sag if there is any weight on it. Even then, most roofs should be sturdy enough to handle the added weight without sagging, so sagging when weight is applied can point towards a potential problem in the near future.

When a house roof is sagging there can be a wide variety of things that cause it.

Water damage is often a common cause due to the damage it does to the sheathing. If your roof isn't properly distributing water away, then the excess moisture can cause roof seething to rot or decay which then leads to sagging. Replacing the sheathing with new material might be necessary in order to fix the issue.

Using undersized materials is another common cause of the problem. Something as simple as using 2x4 rafters instead of 2x6 rafters can cause it to sag. If there is no internal bracing or insufficient bracing, then the walls are vulnerable to spreading which will cause sagging as well.

An excessive amount of weight on the roof can also weaken the structure and cause structural damage due to the stress. It's important to routinely clean snow and ice off to prevent a large build-up from accumulating. While most roofs are designed to withstand heavy snowfall, an excessive amount can have a negative effect on the internal structure weakening it. You should use a plastic roof rake to routinely remove snow from the roof after heavy snowfalls. It's important to use a plastic one to reduce the chance of causing damage to your shingles.

Simple old age is sometimes the only cause. While proper maintenance of a roof will ensure it lasts a long time, sometimes old age can cause the structure to break down and start to sag. At this point, there isn't too much that can be done, and it might be time to call up a pro to get the entire roof replaced.

How to Fix a Sagging Roof

Fixing a roof that is sagging isn't an easy or quick task by any means. If you're not confident about how to fix a sagging roof on an old house or any house in general, then it's a good idea to call up a professional that knows about sagging roof repair.

If you're trying to figure out how to fix a sagging roof on your own, here is one way to go about it.

Steps on how to jack up a sagging roof:

First, attach 2 chains from one side of the wall to the other side using lag screws with large washers. While it's possible to just use one chain, it might be better to use two that are spread out evenly in order to spread out the force in case they try to move away. Then, add a turnbuckle between the chains in order to adjust the tension on them.

Use a jack-and-post system to slowly jack up the ridge beam. Set up two jacks and posts so that they're evenly spread out from one another in the middle, below the roof ridge beam. Slowly jack up the roof ridge and then tighten the chains each time you jack it up. Continuously repeat this process until you are done. You should only jack up the ridge 1" per day since anything more than that can cause damage to your roof structure. As you can see this is not a fast process and it can take up anywhere between 1-2 weeks to fix it.

In order to prevent it from sagging again, add ceiling joists or rafter ties if you don't already have them. They help provide extra support to the rafters. You can also provide support to the ridge if you add two 2x4 boards on top of the ceiling's joists and nail them directly to the ridge. This is one of the most common ways on how to fix a sagging roof ridge beam.

If all of this sounds like Greek to you, call 770-516-5806. Locals with a sagging roof in Georgia can call us to safely handle this problem.

There are many different types of roofs that exist, each with its own benefits and weaknesses. Apart from protecting a home from the outside, a roof also has a significant impact on the overall design of a home. Not...

How to Hang Christmas Lights This Holiday Season

As the holidays approach, one way of showing your holiday spirit is by hanging up Christmas lights across the roof of your home. When you decide to do this yearly activity, there are certain safety precautions you need... 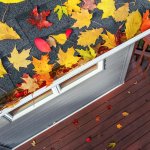 When your roof is working properly, it's easy to take that protective layer for granted. But even when you're free... 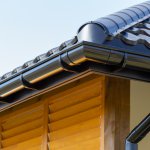 The Best Gutters For Your Home

Whether you're building a new home or updating your existing exterior, your choice of gutters has a big impact not...